Tokyo, the capital city of Japan, is one of the most visited travel destination in the world with a population of over 12 million people. It is a massive, great and wealthy area that has something on offer for everyone. Tokyo, meaning eastern capital, is well-known as the largest city of Japan, with its official language being Japanese. Known for practicing religions such as Shinto, Christian and Buddhism, Tokyo has rich history and unique culture. Previously known as Edo, Tokyo is the seat of the Japanese government and also home of the Japanese Emperor. The official symbol of Tokyo is a green gingko leaf which signifies future growth, tranquility, charm and prosperity. The city is home to several publishing industries, convenient, urban modes of transportation and Japanese broadcasting.

The districts of Tokyo's has a wide range of characters, which include the pottery shops and temple markets of Asakusa, electronic blare of Akihabara,  hyperactive youth culture Mecca of Shibuya, the Imperial gardens and shrines of Chiyoda. There are loads of amazing places to visit where tourists can experience fun and excitement. The frenetic pace and massive size of this city can intimidate tourists visiting for the first time. The streets are usually busy and filled with a good number of entertainers, restaurants, shops and beautiful complexes.

The best way to get the most out of your visit is to wander around at random while enjoying the vibe, visiting some of the lovely restaurants along the streets where you can’t understand what’s on your plate or written on the menu, and checking out shops selling wonderful things. The locals are friendly and can go the extraordinary length to be of help when you ask politely. Tokyo is one of the safest places to visit in Japan.

Due to deflation and market pressures, the cost of living in Tokyo has reduced. The city has a humid subtropical climate. Summer is usually hot and sticky, which is certainly not the best time to visit Tokyo, while winter is known to be mild and more pleasant. The city rarely experience snow, but it does occur once every few years. Due to the fact that Tokyo is crowded, it is advisable to send your luggage into town two days before travelling. You will find your luggage for pick up at the airport lobby. This will allow for easy access through the subways, especially during rush hours. There are two major airports in Tokyo which include Narita for international flights and Haneda Airport, which is considered Asia’s busiest airport. Take this into account when looking for cheap flights to Tokyo.

Majority of the locals in Tokyo find it difficult to communicate fluently in English. However, navigating around the city will be stress-free as there are signs at major train stations and subway written in English. In hotels and several tourist attractions, staff can communicate in an acceptable level of English. Some of the must-see attractions in Tokyo include Sensoji Temple, Koishikawa Korakuen Park, the Tokyo Tower, the Meiji Shrine, the gardens of the Imperial Palace and much more.

Find cheap airline tickets to other cities in Japan 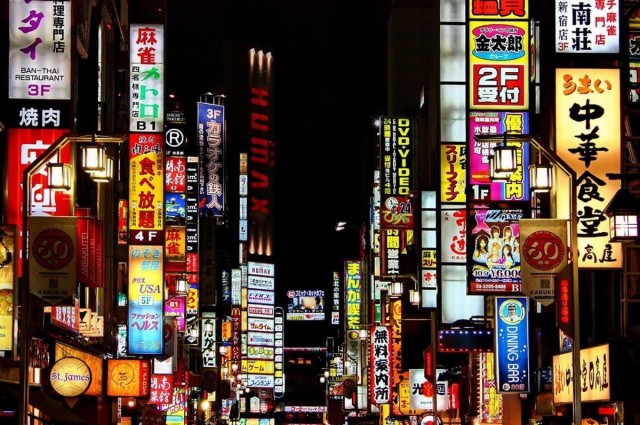